the poor at christmas

Covid has turned my heart towards the poor once again.  Poverty is not just a material issue.  It is a choice issue.  The wealthy have options, by definition.  They can choose to be vaccinated, or not to be — while so many among the poor just keep waiting for a vaccine, a second vaccine and a booster.  Throw in corruption, inequality, misinformation and the poor are at such a disadvantage.
But there is a relativism about poverty, isn't there?  While every country has the poor among them, we need to be reminded that there is poverty and then there is ... poverty.  Followers of Jesus are called to wear bi-focals on their hearts, responding to the near & the local, without erasing the distant & the global.  To help me with the latter, I've been watching again the films of my friend, Peter.
The Voiceless [8 min] follows the progress of a 50 rupee note ($1).
The story fits right into Ecclesiastes 3 & 4, a collection of horrible things that the writer "saw" (3.16; 4.1; 4.4; 4.7).  The fake note travels among street vendors and metro students, day labourers and property developers, waiters and corporates in restaurants.  It will always end up in the hands of the poor and the powerless, who are forced to feed their family from their daily wage.  They will be the ones who can't dump the note on anyone else.
Stolen prayers [3 min] speaks into the challenge of lockdowns for migrants.
A Mother's Dilemma [3 min] engages the issues around the gender of her babies.
"It is what it is" is a phrase I've heard a lot since returning to Aotearoa-New Zealand.  I'm still trying to exegete it!  It doesn't appear to have much to do with the providence and sovereignty of God — rather, it suggests a lethargy that freezes us in a shrug-the-shoulders inactivity.
That will not cut it with poverty.
It doesn't need to be what it is.
It starts with me — and you!  After growing up in India, Barby and I returned to live there, almost 40 years later.  Early on, we were jolted by some words from Ajith Fernando (not for the first, or last, time — link here).  I felt ashamed of the attitudes from my childhood.  We decided to live differently.  Then, on return to living in 'the West' last year, it has been troubling to see how easily people erase the poor from their minds, especially in these covidian times (link here).
I guess it is a bit more of 'it is what it is'.
But back to Peter...
He and his team are focused on launching the Edupier Project in 2022, pitched at developing value/moral/life-skill education for school children in India (see here and here and here, for some examples). A mission in itself, but also a way of becoming more sustainable for other projects, like the work with Revelation Bay Productions.
When I wrote to Peter this week, asking permisssion to post these films, he sent me other ones done by students in workshops, some of which will make their way into the Values Education project.
Humanity has No Gender [5 minutes]
Acid Attacks [2 minutes], in the Tamil language
Unheard [5 minutes], on human trafficking
The poor at Christmas?
"That is a bit Grinch-y, isn't it, Paul?"
Nah.
There's plenty of poverty in Luke chapter 1, isn't there?
Mary & Joseph, Elizabeth & Zechariah are not that far from these films, are they?
nice chatting
Paul
PS: Here is an additional video that goes 'behind the scenes' with Stolen Prayers (above).
at December 19, 2021

Thanks Paul, for your challenge about the "is what it is" Kiwi attitude toward the poor! I've been pondering that phrase since you raised it (I don't like it either) but I wonder if it is a fair enough descriptor of the typical Kiwi attitude toward the poor outside of NZ? Rather than an "is what it is" attitude toward the poor, I think we tend to have a "Kiwi-centric" view of the world (rich & poor) i.e. we try to make sense of it through other Kiwis whom we can relate to. Perhaps it's because we are a little nation along way away from the rest of the world that we prefer seeing the world through other Kiwis eyes? eg NZ sports news regularly views NBA basketball through the lense of Stephen Adams, women's golf through Lydia Ko, English football via Chris Wood etc. Similarly we try to make sense of international politics through how it effects NZ, international disasters through what foreign aid and Kiwi personnel have been send to help.

I think this Kiwi-centric way of making sense of the world also influences how the Kiwi church typically views the world. We see the world (including the poor) through the eyes of the Kiwi missionaries we support, we donate money and sponor children through international aid agencies with strong Kiwi connections such as World Vision and Tear Fund. We read newsletters and blogs (such as yours) from Kiwis we know and can relate to. We learn about and become concerned for the countries that our immigrant attendees have arrived from.

There are of course problems with a "Kiwi-centic" way of viewing the world. We have blindspots where Kiwis are not present and we consequently have a partially sighted and distorted view of the world. But on the other hand, a Kiwi-centric world view helps us - who live a long way from everywhere with limited resources to make any difference - develop strong connections with Kiwis who are making a difference among the poor. A Kiwi-centric view helps us believe that through the Kiwis we know and the organisations they work for - we can at least make a little bit of difference for the poor in the world.

Love the Ko/Adams/Wood reflection. It is exactly how it is!

But I'm not sure whether you are praising, or critiquing, the 'Kiwi-centric' view of the world — or maybe just explaining how it exists. I can see how it provides a natural way of engaging with the wider world (through our 'connections' etc), but I guess one of the disciplines/practices we need to nurture is to find ways to rise above this perspective and beyond being limited by those 'connections', sharing a 'God-view' of the world. So many ways to do this in today's world with internet, netflix ... I am amazed how an hour with AlJazeera opens me to worlds beyond the Kiwi-centric one, but it is avaiulable to me here in 'Kiwi-land'.

Listening to NZ cricket commentators on and off for five days illustrated the Kiwi-centric view in sports. :). :) They struggled so hard to come to terms with Bangladesh being better than us. At times it was patronizing... But more than that, I wonder if it is too much to ask commentators to do some homework and mix into their commentary some insights into a 'Bangla-view' of the world, with more stories about their players and their country. Covid may create a gap that leaves us without Bangladeshi commentators, but rather than just accepting that gap, why not try to fill it creatively?

But maybe we are just too Kiwi-centric for such an idea? What do you think?

I'm definitely trying to critique rather than praise the Kiwi-Centric view but since I swim in a Kiwi-centric culture I more easily see the positives to affirm than shortcomings to rectify. Which is where your blogs are often so helpful. Yet this too is a Kiwi-centric way of broadening my view of the world! 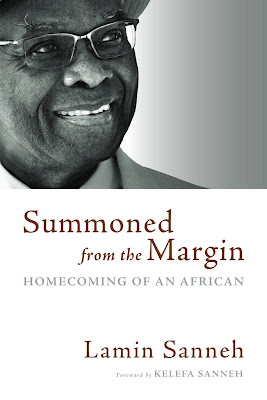