the wave, the cave

Yes, an entire book.
On the first full day of self-isolation.
After travelling for almost 24 hours to get home.

It must have been a good book. It is. It really is. 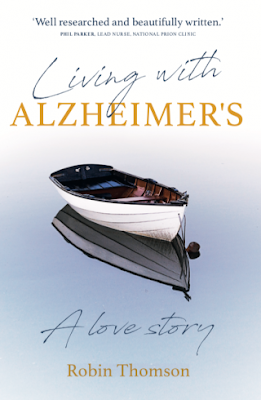 Robin Thomson's Living with Alzheimer's: A Love Story tells the story of loving his wife, Shoko - and being loved by her - through their experience with her struggle with Alzheimer's. He likens it to a wave that 'came very slowly, but it would be very deep ... (and it) would crash over us' (15, 17).

I have memories of Robin (from England) and Shoko (from Japan) coming to visit us in Delhi. Such a marriage seemed all rather exotic for this teenager. We were in the same m-organization. As kids, you pick up vibes from your parents and I could tell that my parents, through the years, had great respect for Robin & Shoko. So I tended to do so as well. I've bumped into Robin a bit in recent years as we are in a similar line of work. I so admire the way he relates cross-culturally. In recent years I've stayed overnight with them in London, when Robin was immersed in his care of Shoko. His gentle, calm and patient way with Shoko remains with me, even as she kept repeating her memory of my parents. I kinda liked it, as there are not too many people left with such a memory and so to feast at the buffet for a couple of hours was fine by me!

Robin and Shoko met, as two fresh graduates from theological college, on a boat from England that was taking them to Bible-teaching careers in India (for Robin) and in Japan (for Shoko). The hours of conversation together on that boat birthed a love for each other which they were later to acknowledge in marriage.

Some of the features in the story that will remain with me are:

The music and the singing. As Robin writes, 'I was always amazed at the power of music and song to remain in the memory' (76). 'Our main pleasure came from singing together' (75). Although they had several hymnbooks in the home, they settled on one with 100 songs, 'of which we knew eighty and definitely liked about sixty-five. Sometimes we would sing through the whole sixty-five, just the first verse of each. It would take us about an hour' (75).

The support team. As the wave began to crash over them, more help was needed for both of them. Robin slowly puts this group together. Yuna, a South Korean woman, was 'good at stimulating Shoko ... and never seemed tired of talking with her' (55). But Robin, too, needed friends, identified by the way 'They don't stay away. And they don't give up' (171).

It is a love story. Being the person he is, Robin tends to focus more on the mistakes he made and the lessons he learned, but his love and care is so evident. I enjoyed the way he opted to quote from his journal when it came to expressing that love. Maybe a bit easier and certainly that much more real. But Robin's testimony also focuses on the love he received: 'I experienced Shoko's love at every point in our relationship' (164) and some of the most tender moments in the book are Shoko's words of thanks and love to him, expressed with such (surprising) lucidity and simplicity right up until the days before she died.

The wisdom of others. I counted 26 books in his final section on 'Helpful Resources' ... 'I have listed them in the order that (looking back) I would have found most useful' (174). Such a valuable resource for us, most of them having been 'published within the previous five years' (156). Leading the way is John Zeisel's I'm Still Here, with insights like this one: the person with Alzheimer's 'is still a person with whom we can relate, though it is a different (new) relationship' (80) that needs to be nurtured. Or, a bit later, remember to 'live in the moment, like the person you are relating to' (86).
In that small library of resources, a 27th volume can now be added - by Robin Thomson.

The theological reflection. Robin's pastor, also a Robin, helpful crystalize two key truths: (a) 'When we suffer, God is with us' (67) and so the way forward is not so much to ask 'Why we suffer?' but 'Who is with us when we suffer?'; and (b) 'We have hope because our relationship with God continues beyond death' (67).
Later, in the midst of asking, and answering, the question 'Is Anybody Still There?' Robin draws on an insight from the theologian, John Swinton:
As people made by God we are held in God's memory. God does not let us go and therefore we continue to exist, even when we ourselves may have forgotten everything, including God. The sense of being held by God is also transmitted to us by God's people as they maintain relationships of love and care with us (163).

At numerous points along the way, as I read Robin's book I was reminded of another book. The role of music. The importance of friendship. The introduction to resources ... 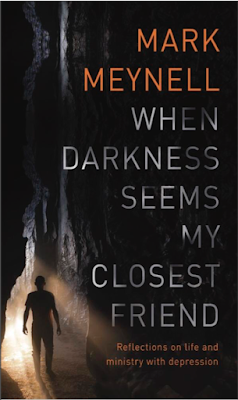 Mark's book is astonishing in what it attempts - and in what it achieves. If you haven't yet read it, you need to do so. Robin's goals are simpler, more personal. And yet I find that both books are remarkable in the way they empower three different groups of readers, without leaving the one cover:

(a) those who know nothing about these illnesses and want to learn, starting from the very beginning; (b) those who know people battling with these illnesses and want to get to the other side of their own fears/anxieties and become a valued friend; and (c) those for whom the wave is building, and the cave is pulling, and the encouragement of a story from someone up ahead of them along the same way.

Television can provide such a window onto the soul of a nation. Whenever I'm travelling in unfamiliar countries, I like having a TV to ...