Irby.
I don't think I've ever heard that surname before.
Have you?! Maybe I move in the wrong circles...

When I discovered that a 'Miss Irby' was an early missionary to Bosnia, it took me awhile to get the name clear in my mind. A visit to her graveside in Sarajevo helped me. What a thrill. This "great benefactress" is such a legend that she has a street in the city named after her - and it runs parallel to the main street, Marshall Tito St (named after the leader of Yugoslavia in the Communist era). 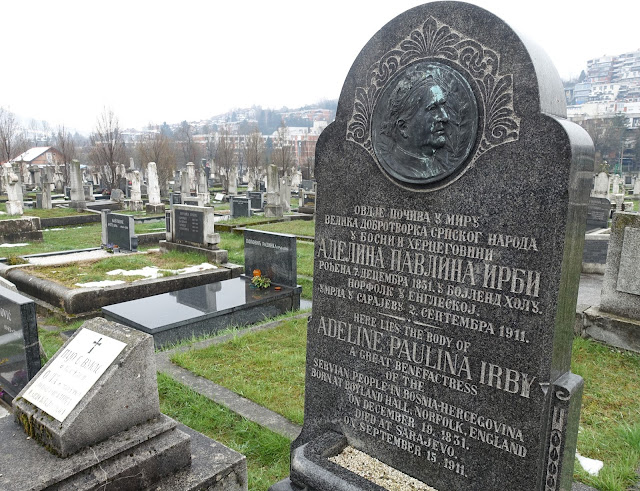 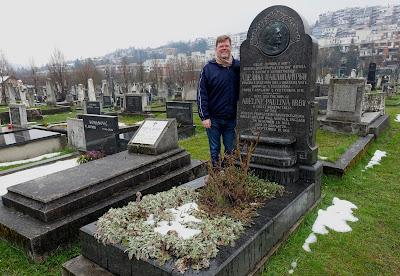 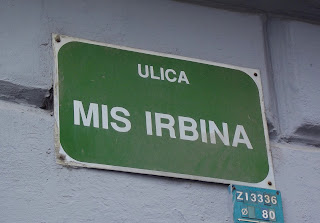 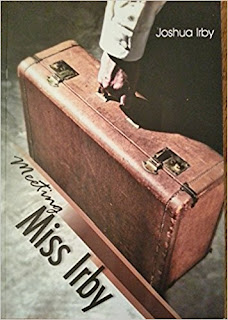 A few minutes after the visit to the cemetery, Slavko (who was hosting me) and I were walking down Marshall Tito St and, seeing a bookshop, we decided to pop in and see what books they had in English.

And there it was ... Meeting Miss Irby.

I bought it. On the next day, on my flight from Sarajevo to Dubai, I read the entire book without stopping. Not once. Never done that before. 212 pages. It is such a good story - and it is so well-written.

It is not an uncommon story in mission. A single woman from a wealthy Victorian family gives it all away to serve Christ among the poor overseas. Back home in the UK, one of Miss Irby's great supporters is one Florence Nightingale and alongside her in Bosnia for much of the time is one Priscilla Johnston, the grand-daughter of a Buxton, of Clapham Sect stock. That is an impressive troika!

The first exploratory visit to the Balkans by Miss Irby was with her friend, Georgina Muir  - and they returned to Britain to write the 700 page Travels in the Slavonic Provinces of Turkey-in-Europe. This is serious. "More than a travelogue, it was an impassioned and thought-out argument designed to awaken the English people to the condition of South Slavs living under Ottoman rule" (73). They were annoyed that the British were so supportive of the Ottomans!

When she returned to Bosnia, this time with Priscilla, they set about providing schools for girls, schools for training teachers - and throwing themselves into caring for impoverished refugees. "They came, they stayed, they helped" (160). She "took care of the people around her" (203). Miss Irby was a person of such kindness and character that people referred to her simply as 'The Noble'.

Those with an eye for detail will see that the author is also an Irby, Josh Irby. So many Irbys all in one place! I can't cope... :). Quite independently, as a university student in Georgia, God gave Josh a heart for the Bosnian people. He visited many times. In fact he walked up and down Miss Irby St now and then for ten years before realising where he was walking. "I couldn't believe it. This street had seen every season of my life and I had seen it in every season ... I had known this street for ten years, yet I had never known its name" (29, 30).

Josh decided to tell the story of Miss Irby, in time for the 100th anniversary of her death in 2011. In what seemed to me to be a risky decision, Josh decides to weave his own story in with hers. So as a subtitle of one edition expresses it: Two travelers discover love and meaning in Sarajevo. A true story. Whoa! 'You're gonna put the story of a young dude from Georgia next to the heroic story of a Victorian single woman? Is that wise?' It worked - and it worked well - because Josh writes with such winsome humility and I found some of his own story (those discussions with a professor, a priest and a young muslim) to be some of the most engaging parts of the book. Plus, for an Industrial Engineering graduate from GeorgiaTech, he does write well...

As to the biological connections with Miss Irby, Josh states that "we are only distant cousins. This was a disappointment at first. Now, it is not important. I am less concerned with how we are related in the past than how we will be similar in the future" (212). I didn't have the pleasure of meeting all of Josh's family, but he is married to Taylor and I think one of the four children is Adeline, named after Miss Irby and born in 2011. They've been in Bosnia almost 20 years now.

PS: Also on the shelf in that bookshop on Marshall Tito St was this book: 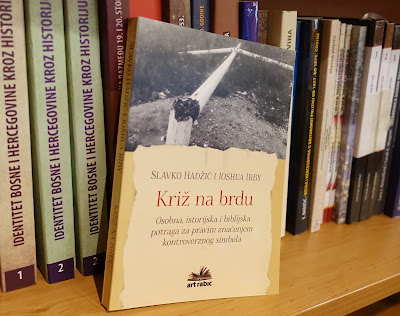 It is a collaborative effort from Slavko and Josh. It has an evangelistic purpose and, remarkably, they found a publisher from the marketplace (rather than the Christian world). Do pray that the book will spread far and wide and bear fruit. Some years ago, Josh wrote up Slavko's story on his blog, in three parts. It is well worth reading here.