It is remote. It is different. It is beautiful. Northeast India is a collection of eight states on the other side of Bangladesh, with a number of them sharing a border with Myanmar.
The purpose of the journey was to visit people, especially the 'home-place' of Johnson Raih, my colleague and friend. We flew into Imphal (Manipur, 3 days), travelled up to Senapati (Manipur, 3 days), before continuing on to Kohima (Nagaland, 4 days).
Such has been the political instability over the years that it is an area our parents were never able to visit. I feel blessed. There is so much to enjoy...

The cities
The flight into Imphal was spectacular, as the view stretched up to the horizon. 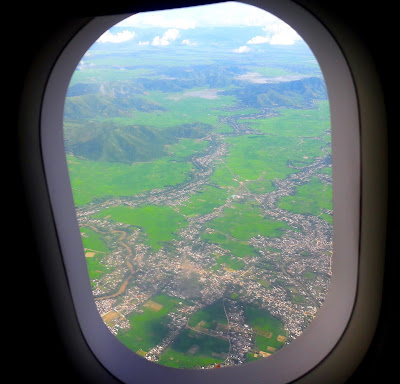 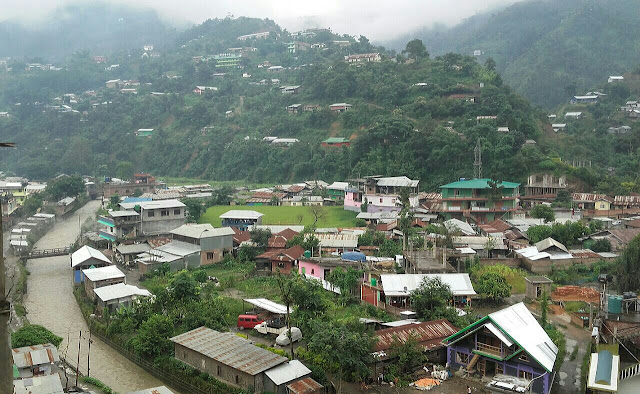 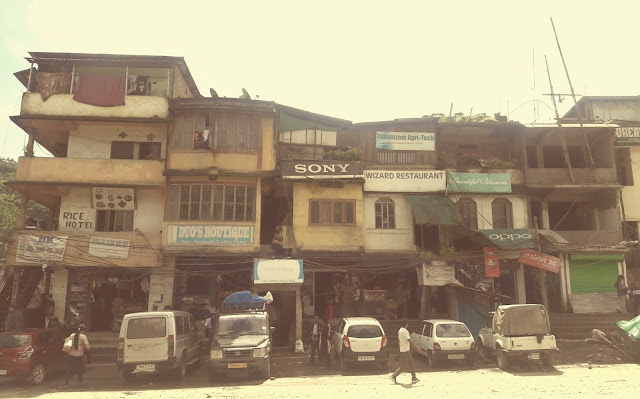 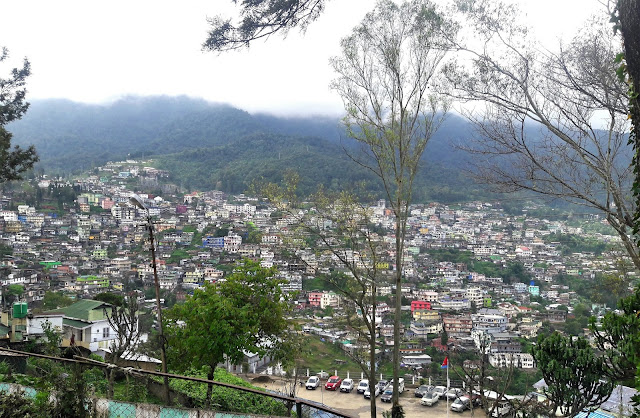 The beauty
I am a lakes 'n mountains person, but if you throw in a few terraced fields as well, I am a happy-chappy. Lake Loktak in Manipur is famous for the phumdis which float on it. The largest one is roughly 40 sq km in size, becoming the world's largest floating park! While the day was wet and dull, the beauty was still evident. 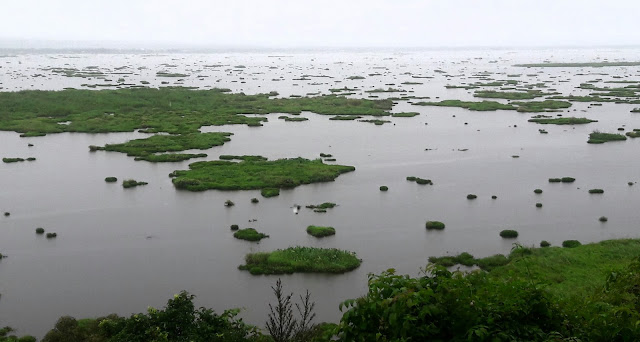 In Manipur there are the hills and the valleys, with the relationship between the people in these different places often determining how peaceful life will be for everyone. Drive north towards Nagaland and the mountains soon welcome you, rising to a height just a few hundred feet higher than New Zealand's highest mountain.

The fields, often terraced on steep hillsides, are always a marvel.

The people
Meeting Johnson's parents was a highlight. After a lifetime of selfless service of their Poumai Naga Baptist people, they are living in retirement in Karong (5km north of Senapati). In NZ terms their home had more affinity with a tent. Very simple. As is often the case this simplicity was associated with warmth and generosity. I loved hanging out at their place. 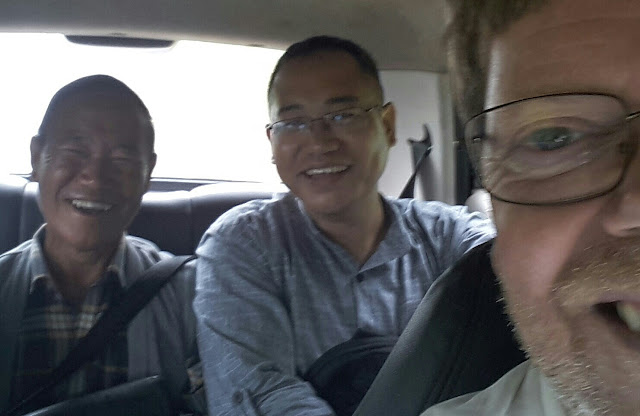 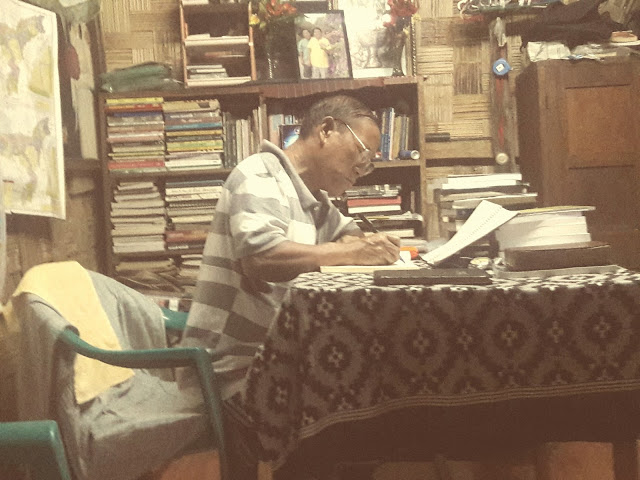 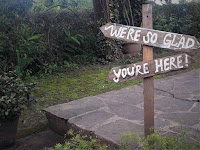 Throughout the Majority World, hospitality is important. 'The guest is god' rationale is one you sometimes hear. I find Asia, generally speaking, is exceptional at it - with the peoples of Myanmar/NE India at the head of the queue.

The North-east is a tribal area. It reminded me so often of our Maori people in NZ, with their commitment to whanau/iwi and the way identity is formed by moving beyond just the nuclear family. When we walked in Senapati, every fifth woman seemed to be Johnson's aunty and every third man seemed to be a cousin-brother. On one morning the uncles gathered to have breakfast with us ... 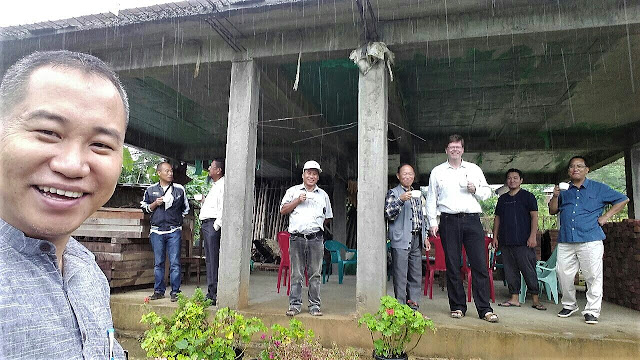 ... but not to be outdone by the men, some of the aunties showed up the next morning. 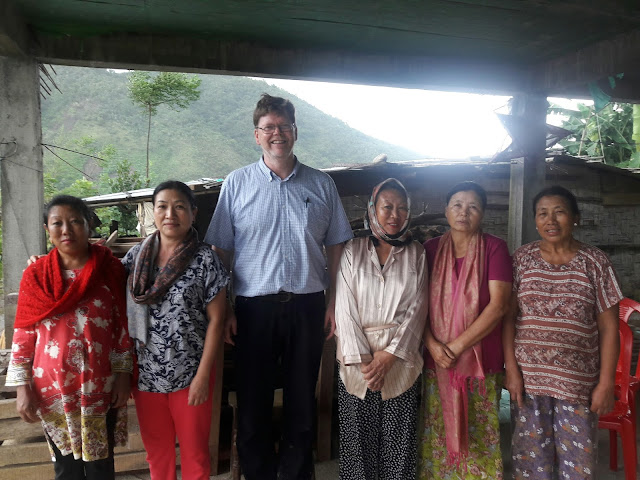 They had a little ceremony to thank me (and the people back home) who are standing with Johnson & Dinny - and their boys, Joel & Julian - through this time of doctoral study. Some of them became quite emotional (as did I!), as they shared. 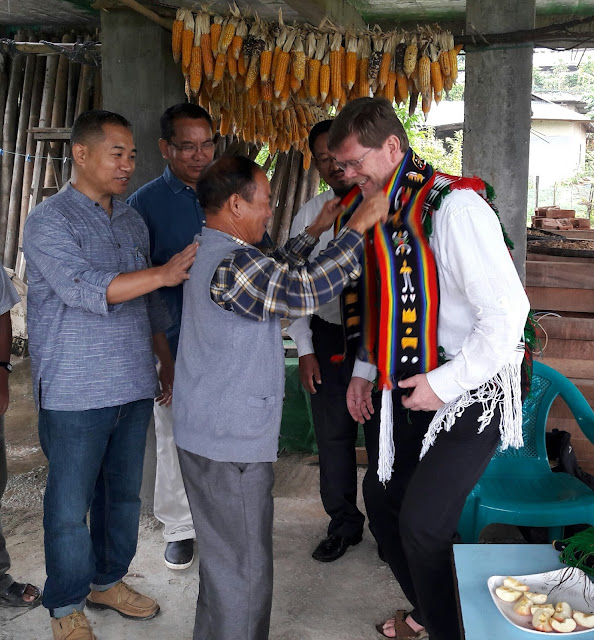 The food
Pork and rice are so big up there, they even name houses and hotels after them! 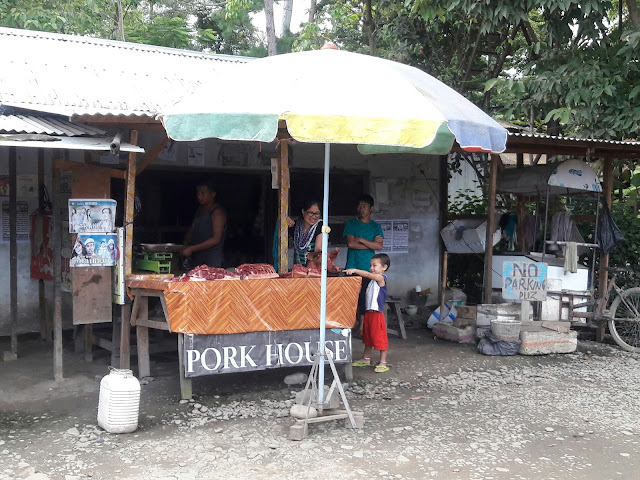 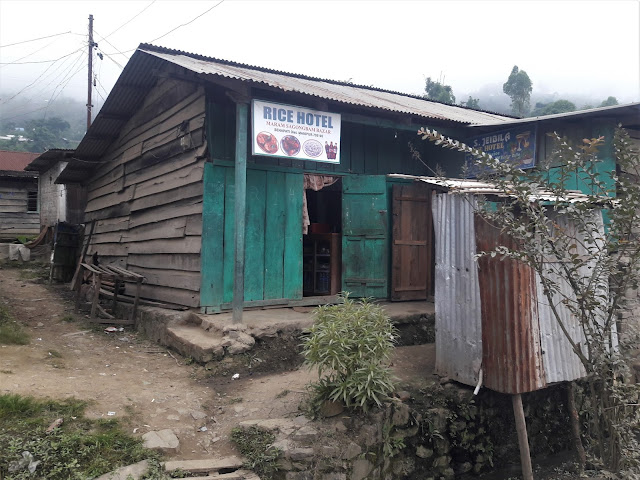 It is also home of the King Chilli - so royal in its impact that airport security searches for it. They are not allowed on a flight. They could be used to do too much damage. That is some kind of chilli, a chilli with whom I developed no intentional intimacy (but there was time for one moment of unintentional intimacy- ugh!). 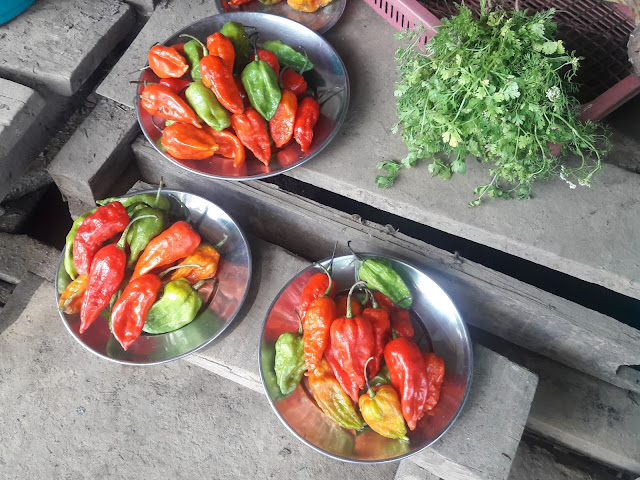 While I gave myself to all the food (more foothills of rice, it must be said, than Johnson's himalayas), when the opportunity came for chai with puri bajji - this North Indian lad grabbed it gratefully. 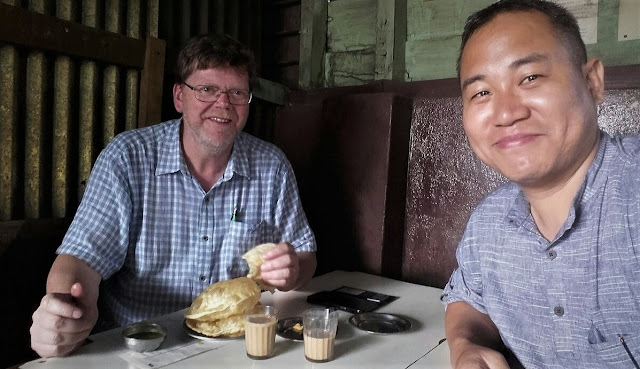 The history
During World War 2, the Japanese advance eastwards was stopped in the Battle of Imphal and the Battle of Kohima (which I blogged about two years ago with the Battle of the Tennis Court). So on the very road we travelled. It is reasserting itself now as the key link, by road, between South Asia and East Asia. For decades it has been a politically unstable area, another one where British cartography was shortsighted and their promises left unkept in the final frantic rush to leave India. Insurgencies against the authorities have been going on ever since. The saddest incident of all being in Johnson's home village, taking place when he was living there, a lad of just ten years of age. 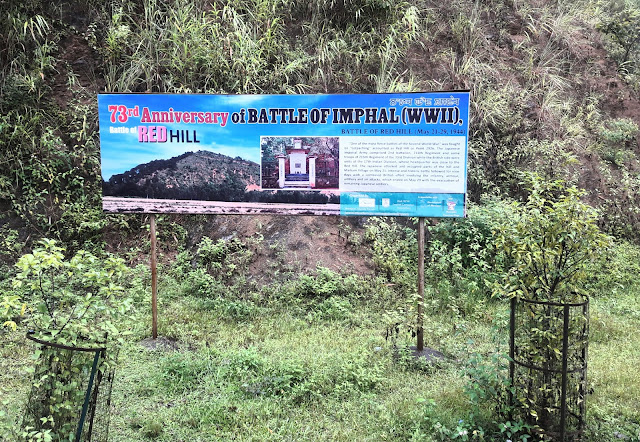 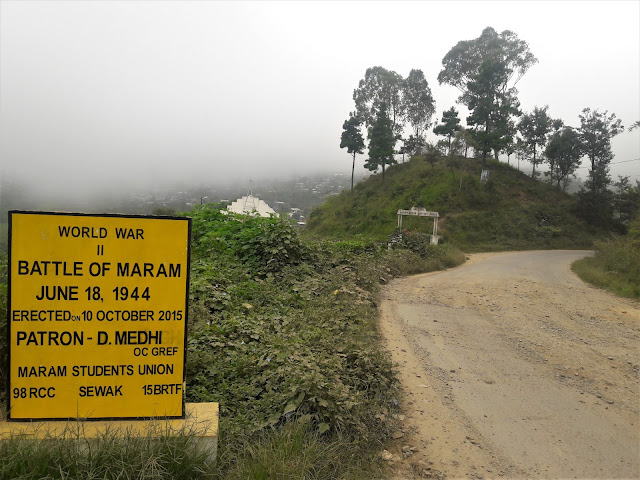 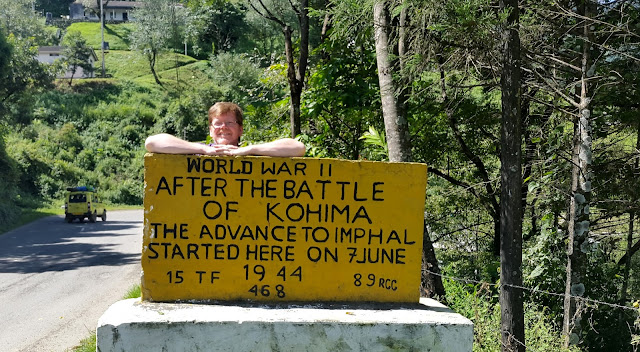 The religion
Three of the eight northeastern states (Meghalaya, Nagaland, Mizoram) have Christian majorities, while Manipur is 40% Christian. In Nagaland 80%+ of the people would consider themselves to be Christian. A higher percentage of Baptists there, than in Texas or Mississippi. Incredible. However, reminiscent of the US, a nominalism and a nationalism (or, in this case, tribalism) work together to weaken the witness of the church in society.

The workhorse truck in the Northeast is called a Shaktiman, where shakti carries the idea of empowering, or strengthening. Here is one that waited with us for seven hours as a landslide was being cleared...

The roads
Let's finish where many people tend to start when it comes to conversation about the Northeast: the quality of the roads. A little unfair. One local captured it well: it is like driving on a dry riverbed. Another one was more positive: it is the free daily Naga massage! Sometimes you wonder if you spend more time in the potholes, than out of them. There is a lot going on below the surface (!) with the roading problem (corruption, prejudice etc) but there is some hope that central government may begin to resolve it soon. On the positive side, it provides a wonderful context in which to get to know your travelling companions... 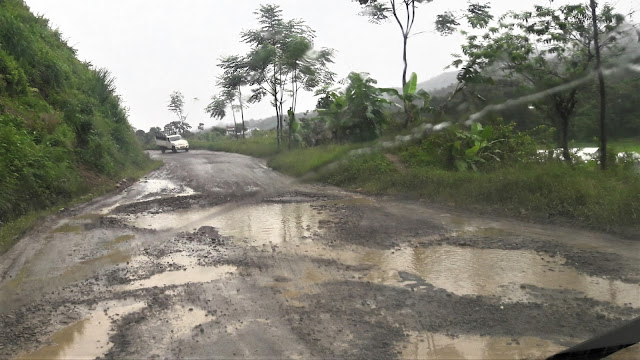 The quantity of rain in Senapati contributed to this tragedy within 60 minutes of us passing through this very spot. Very sad. 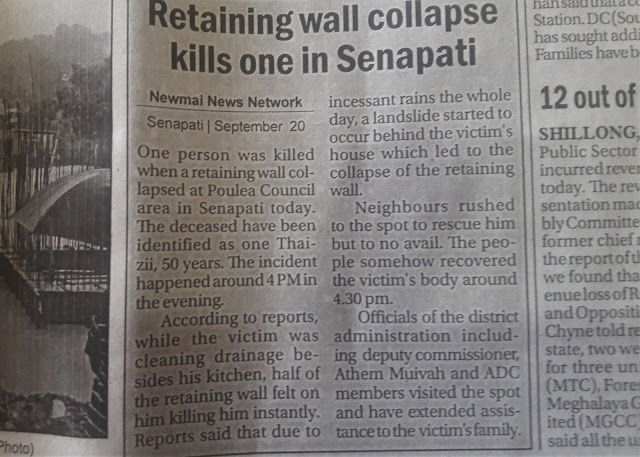 Imphal to Kohima is 125km and it takes close to five hours (if there are no landslides which we encountered going north and then coming south again). At one end of a little town called Charhazar is the sign "Jesus said, 'Behold I come quickly'" - while at the other end the sign reads, "Prepare to meet your God." Hmmm. Maybe one context-free application of these texts is that if you travel too quickly on these roads, you will meet your God just as quickly.

As mentioned, going north we waited seven hours for a landslide to clear. Coming south it was still unstable, the queues were long - and we had a plane to catch. So we called Nehemiah (see above) to arrange a taxi to meet us on the other side and off we went. In determining not to step the wrong way as we walked on the edge of the road (ie sliding down with the landslide), I made the mistake of leaving the edge for the road - only to sink to my knees in mud. Johnson came to the rescue! We had to turn back - and then try again...

[PS. Please excuse the quality of the photos. My camera had a close encounter with a car ferry on the Suez Canal last month - and is still being fixed. These are taken from may average smartphone.]
Email Post
Labels: travel