The evil trio. The devil's trinity. Everywhere I go in this job, it does not take long for these three to surface in the conversation. I am just home from a visit to Ghana, and the combo was present there, too.

It started at the airport, on arrival in Accra. I had a long wait in Baggage Claim - with ample time to read a huge mural about an 'Action Chapel' having an 'Impact' conference. It took me awhile to notice that the conference had already happened, leaving me to wonder about the action and its impact. No photos were allowed - but no matter, the city streets had plenty of editions of the same billboard. 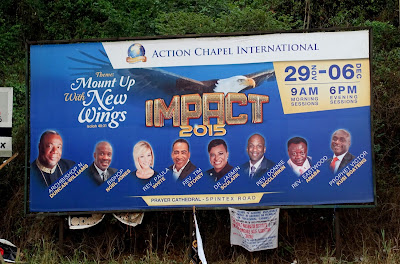 I was taken to Independence Square, commemorating the first nation in Africa to gain independence. Such a thrill for me - a dream ever since I read Martin Meredith's State of Africa ten years ago. Adjoining the Square is a massive concrete space and in the hot, mid-afternoon sun a crowd was already gathering for a thrill. Gradually the vast space was filling, together with the boutique stadiums around the periphery. What was going on? The bonnet of a parked car revealed the answer: some kind of crusade by a youthful Nigerian couple, one being the Apostle Professor and the other being the Reverend Doctor Mrs. 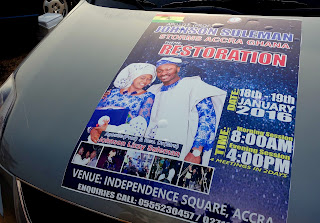 Out the back the book tables were taking shape and attracting customers. The wheelbarrow may have contained towers of Bibles built on a foundational Matthew Henry commentary... 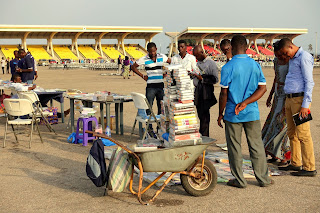 ... but everyone's eyes were drawn to what was on the ground: 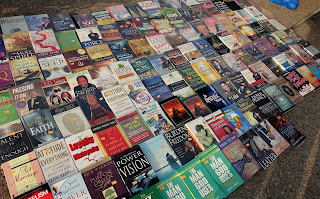 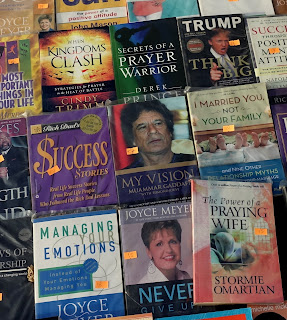 This is just a glimpse of it - but when you string a few glimpses together it becomes a gaze and it is hard to miss what is happening. It is all so very sad.

Prosperity teaching and Big Man leadership ... and with that combination in place, just under the surface somewhere, sometime - corruption will be there. Not just in Ghana (where most of the judiciary has recently been fired due to corruption - goodness me, if you can't trust your judges, who can you trust?!). And not just Africa. Not just Asia. Not just Latin America. It is everywhere. Take just as one example, the big target - and so the easy target. The USA.

What ?! The evil trio, the devil's trinity - in the USA?! Of course. Right at the core. Prosperity preachers aplenty, seducing their own as well as those overseas. Big Man leadership never far from the headlines, with Donald Trump an archetype that other Big Men aspire to be like: authoritarian and arrogant. People's growing attraction to Trump over the past year is as bemusing as people's growing hatred of Obama over the past eight years - both slightly irrational. What about corruption? Surely not?! Money buying votes? Hilary Clinton's USD235k speeches on Wall Street? Increasingly, the race to the White House is won by a mega-wealthy person who taps into the resources of even wealthier people to whom they are then beholden in a variety of ways. Is that so different from what happens in those countries that we look at down the end of our long noses?

personal postscript
When I think of the influence of Corruption, Prosperity teaching and Big Man leadership around the world, I thank the Lord for the privilege of working with Langham. May I be permitted to say that? When its three programmes - Scholars, Literature, Preaching - work in concert together under God's hand, a dent can be made in this toxic stuff. Scholars who know and teach the scriptures? Literature that brings 'text and context' together, seeping into mother-tongue languages? Movements of grassroots biblical preaching, carried forward by local trainers, sweeping through countries? This is the depth and breadth that is needed. 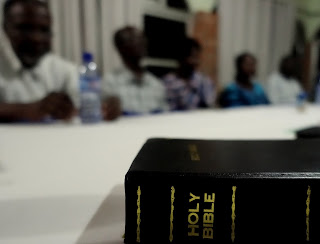 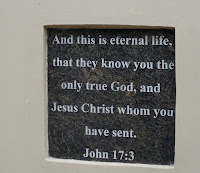 Then, by God's grace, add in a pinch of the Stottian legacy from his character (humility, integrity, simplicity) and from his ministry ('who resolved both as the ground of his salvation and as the subject of his ministry to know nothing except Jesus Christ and him crucified' - on his tombstone) ... and then move forward in partnership with other similarly-wired ministries, making their own dents, and this evil trio can begin to be dismantled, as we await its total destruction on the day of Christ's return.

Heather said…
When I first saw those billboards etc. I felt pretty scathing about them. But then I was thinking, are they actually doing better than us? As you point out, we have many of the same errors, but ours are also coupled with essentially no Christian voice in the public square. Whereas you very literally bumped into a Christian presence in their most significant public square.

I've been thinking a bit recently about the way in which we Kiwi Christians pander to the dominant secularism of our society in a bid to be heard. So, when I made a submission last week to the Health Select Committee for their inquiry into assisted dying, I decided not to scrub out references to attending church or receiving grace from God...

art of unpacking said…
Well done with that post. It is an excellent way for you to have an influence - and you used your own story with integrity. It brought back to mind Gawande's book and his call for greater emphasis in policy-making on assisted-living, rather than assisted-dying. 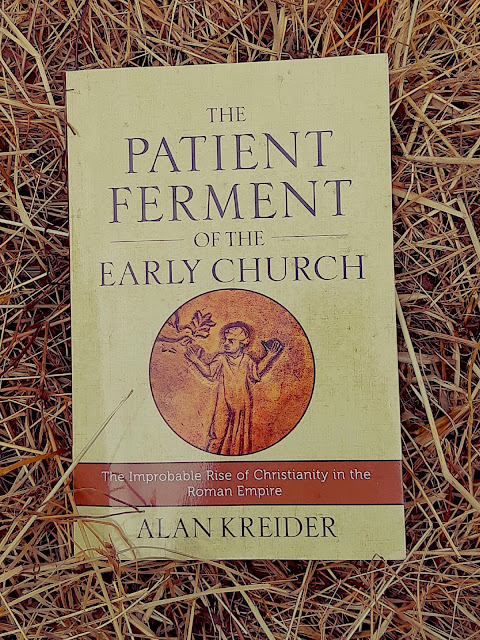 a patient ferment: church then & now 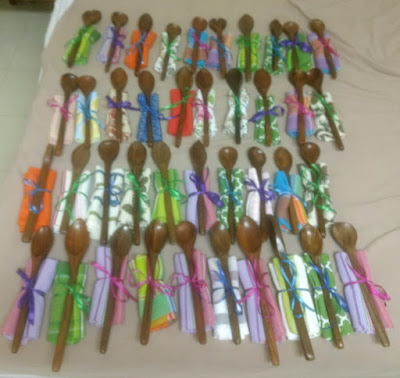 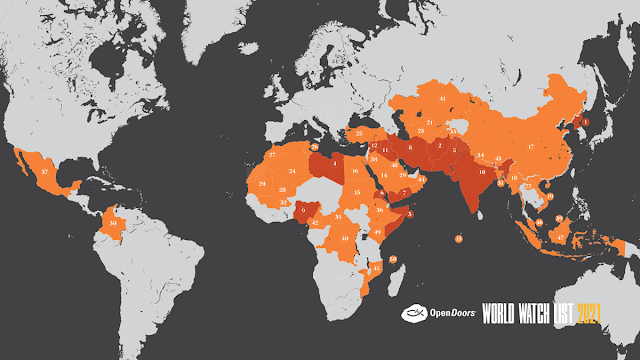 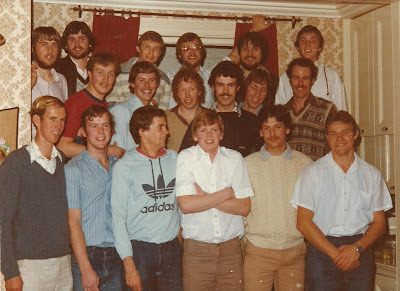 where are they now? 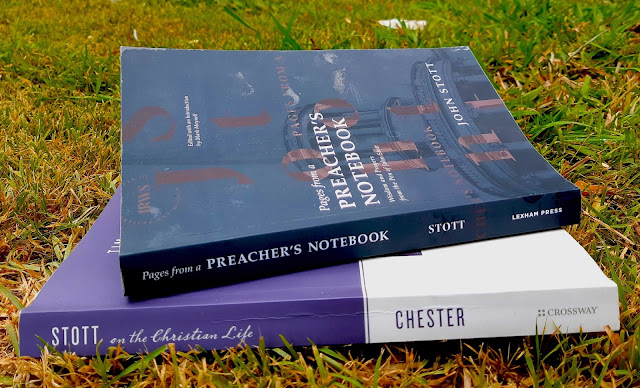 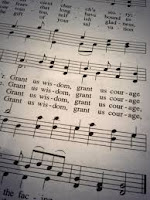 lyrics for living 9 (grant us wisdom, grant us courage) 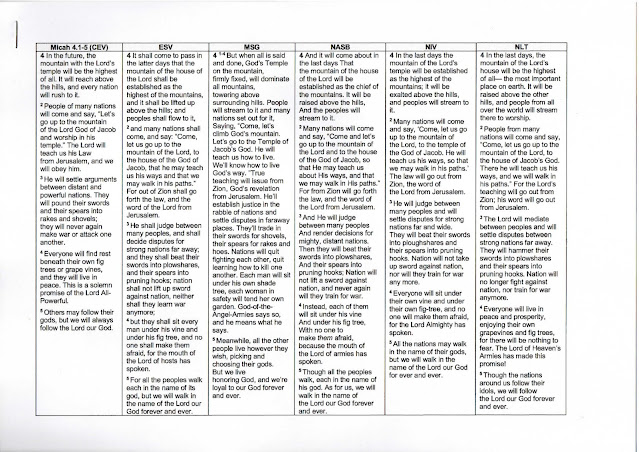 one week in micah four 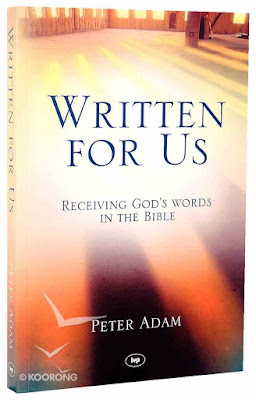 peter adam's written for us