living alongside the poor

This is our one hundredth day living back in India, the land of our childhood. The joys, the frustrations - and the conversations - have not changed much over the decades. Once again Barby and I find ourselves talking a lot about how to live alongside the poor. While it is not the daily 'in your face' reality that it is for others (for example, our friends in Kolkata), it is a topic that is never far away.

It is easy for all of us to live in reaction to our childhood. To overstate, to misrepresent - and to swing on the pendulum to some silly extreme out the other way. This is so common in missionary families, as the criticism of parents flows full and frank. You won't catch me playing that game. However we did come through an era when the the response to the poor - starting with beggars, but not exclusively so - included things like ignoring them, or arguing with them, or rationalising their lifestyles ... and running the risk of hardening our hearts towards human need.

This time around Barby and I want to try to do things differently. We won't always succeed.

A few days ago I was reunited with a friend I've made in 2013 - Ajith Fernando's commentary on Deuteronomy. It had spent three months far from me, travelling the ocean waves. I cannot convey how stunned I was when I read these words - typically personal and honest. It was a very early hour. I almost woke Barby to read them to her. Had Ajith been listening to our conversation? He was articulating some of the conclusions we were reaching...


Today many people feel that we have won a victory when we can get away with giving less than what was asked of us. After reading a tract on how to respond to poverty, I decided that I will not bargain with the poor when I buy something from them or hire them to do something for me. Sometimes they quote a price that takes into account that the one who pays will bargain. But if I think this person is very needy, unless the figure asked is ridiculously high I will not bargain with the person - often much to his or her surprise. Extending this principle a little further, if I feel the poor person has done a good job, I sometimes overpay him or her, giving more than what was asked for.               (Ajith Fernando, Deuteronomy, (Crossway, 2012) 415)

Here are a handful of places we have reached together:

We will not bargain with the poor. If what is asked is preposterous, we'll move on - maybe with a shake of the head and a warm, chiding comment. For example, a tuk-tuk driver asking for more than a meter would suggest. But when served well by the poor - the tuk-tuk driver uses the meter and gets us home safely - we will give more than the meter says. In doing so we reward service, not corruption.

We will rescript our childhood experiences, nurturing a fresh instinct to be generous with the poor. Not just money. For example, Barby tries to carry quality food with her when we are out and about. When confronted by a beggar, for example, out it comes with a warm smile, a gentle touch and a "Jesu Masih ka naam me" - it is being given in the name of Jesus Christ.

We will receive back small amounts of change when asked to do so. We don't remember this happening in our childhood. Sometimes the 'keep the change' attitude is unwelcome today. It has happened a few times for both of us. Dignity and respect has entered the equation methinks. If the sabzi-wallah (a roadside seller of vegetables) insists on giving us change (always far less than a mere dollar) - rather than a sweep of the hand to convey 'no, no - you keep it', we will receive it quickly, warmly and gratefully.

We will worry far less about getting ripped-off. This tended to be the consuming concern as kids. Not any more. We won't reward corruption. It is wrong - always. But what is also wrong is the hard heart whose instinct for compassion has dried up. We just do not want to go there. It has too many damaging consequences for our full participation in the mission of God in the world. Tim Keller's words in Generous Justice come to mind.


My experience as a pastor has been that those who are middle-class in spirit tend to be indifferent to the poor, but people who come to grasp the gospel of grace and become spiritually poor find their hearts gravitate toward the materially poor.                      (Keller, Generous Justice, (H&S, 2010) 102).

Thanks Paul. I found that very helpful :-)
Blessings, Robyn

Thank you Paul and Barby, this is very helpful to read. 5

Thanks, Paul. I'll be printing this off for our short-term team to consider tomorrow.

Required reading for my two kids who we are sending to India next year! Thanks for influencing another generation.

Thanks Paul for a typically thoughtful and warm spirited Christian response, with as well some thought-provoking ideas to spice the mix. Definitely required reading for anyone going to places where poverty will meet them.

I wonder where/how beggars fit into the mix. In Kinshasa we used often to have beggars literally at our door. Some I am sure were in genuine need, some I am nearly equally sure were not - one guy I got to know as he only appeared at weekends and public holidays when he was free from his day job, and always with the same story of the same illness. In a village setting my brother could know of find out who was genuine, in the city we could not. We found this a very difficult path to tread, and I am not sure anyone can negotiate it well.

What we did was to help people we knew, students, workers on the church compound and so on, and have a supply of the commonest medicines (malaria, worms and fever) to give and rice and beans from the sack we ate from. But to "strange" beggars never money... As I said I am not sure anyone can get this "right" in an unequal and unjust world in a city. I'd be interested in your thoughts.

PS, I do realise that the comment about Barby's food when "out and about" somewhat covers street begging, but every time I spoke to a beggar the need was almost always said to be more than the next meal. In that context usually medical.

Thanks for these comments, friends. I am glad these reflections can be helpful to you.

Fascinated, Tim, by your experiences in Kinshasa (partly because I have just finished a book on Congo and about to start another - BTW, what were your years in Zaire again?).

Beggars at the door was not an experience we had in India. Generally speaking, they are less visible today then four decades ago. However we certainly had the bogus ones too. My memory is of my surgeon Dad's response to one when he offered to take him to the local mission hospital to do the corrective surgery that was needed - but he would have none of it.

I think I would still concur with "to 'strange' beggars never money", but always an offer of an alternative of some kind - be it food, or surgery (although not done by me!).

What I am trying to caution against is to allow the attitude towards beggars to take over the discussion on relating to the extreme poor. Because it is so complex I think people can freeze - and the hardened heart lives quite close to the frozen will ... or it does with me!

I love picturing your father's offer of surgery! When it is possible offering what the person says they need is really the best response (that's what we were trying to achieve more often with our stocks of the three drugs).

I do so agree that the more important thing is to find ways to treat the really poor with dignity and respect. That is not easy because there are no simple rules. For example while most of the time your approach of not haggling seems right, I remember Barbara's week-daily haggling with the women who brought trays of vegetables to sell. They always came to us last, with the veges they had not sold to other mundele families. They would sit on the steps and work out just how much Barbara could really use, and a price the ladies could really accept. In that case with people who were becoming almost friends, haggling was treating them with respect.

I read your recent Congo post, and the descriptions and analysis fit really well with our earlier experiences, we were there 1982-1991.

“I believe in Christianity as I believe that the sun has risen, not only because I see it but because by it, I see everything else.” (CS Lewis)

Mesmerizing. This clip was sent to me by a friend in Hyderabad. When I found it online, this was the word used in one of the comments. I ca... 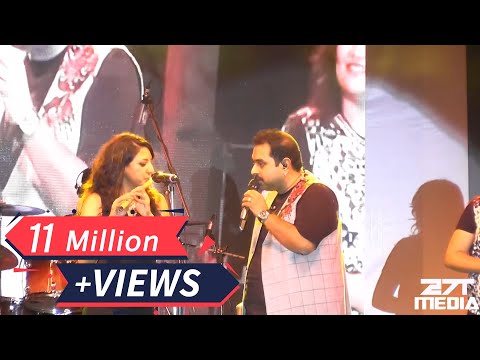